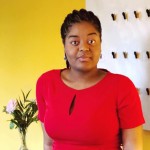 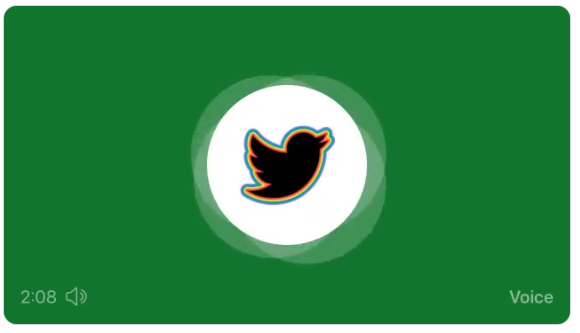 It is by taking inspiration from what is done elsewhere (WhatsApp, Instagram etc.) that Twitter decided to launch the voice tweets, which are currently in the testing phase.

Fourteen years after its creation, the platform officially announced the launch of this new feature on its account. All people using Twitter for iOS (iPhone), should be able to benefit from it in the coming weeks, then will follow those using the Android interface a little later even if no date of issue is specified.

The bottom line is that these voice tweets are 140 seconds or less in length. This duration refers to the 140 characters that constituted the initial limit of written messages, before it passed in November 2017, to 280. Messages a little longer than the time allowed will be automatically sequenced in order to generate a voice thread.

This new feature has two main objectives: on the one hand, to allow users to express an idea more easily using voice and, on the other hand, to give a more human dimension to tweets.

The question which will undoubtedly be asked insistently, is that of how will the social network with the blue bird proceed, to moderate the vocal contents diffused on its platform? Because it is much more laborious to manage audio content than photo or text, since the moderators have very little time (a few seconds) to decide whether a given content violates the rules of the platform or not.

An added value from which communications professionals could benefit

Radios and podcasts hereby have an opportunity to broadcast small trailers of their flagship shows and programs to build engagement with “twittos”. The Twitter account “FlashTweet”, which produces the Morning Show on Digital Transformation, illustrated this idea very well with the very first edition of his “FlashTweet in 140 seconds”, this June 18, 2020. Emmanuelle Leneuf, Ceo of this Morning Show on Tech, subsequently expressed her enthusiasm for being able to associate voice tweets in her publications from now on.

Another beautiful example of the use of voice tweet is that of Nagui. On Friday June 19, 2020, the radio and television host announced the continuation of his program “the original tape” (validated by the management of the radio station France Inter) from the start of the new school year.

Regarding the world of the Press and publishing, this is a great opportunity to make synthesized press reviews, brief analyzes of key current topics, book presentations and so, reach more people; specifically “followers” who don’t necessarily want to read.

Politicians and institutions could also use this update, for example, to disseminate press releases and short announcements on subjects that directly concern them, or more broadly, all communities of citizens. This is the case of France Diplomatie (the Ministry of Europe and Foreign Affairs) which launched its first Vocal Tweet this Thursday, June 18, 2020 (through its Twitter accounts in French and English). The vocal tweet made it possible to highlight key ideas from General De Gaulle’s speech, when he called on the French to join him to continue the war, 80 years ago.

All in all, it is a great way for the Quai d´Orsay to be ever more innovative in its communication approach and closer to its community on Twitter.

This new feature of Twitter is a small revolution, which will certainly not fail, to attract a large number of communications professionals always in search of innovations.

3 criteria for choosing the right Public Relations Agency in Cameroon

3 criteria for choosing the right Public Relations Agency in Cameroon

The impact of the Coronavirus pandemic in the event industry in Cameroon : Jesse Happy Ndongo, General Manager of EasyGroup